A security company bought a new security app to add to the portfolio. The app was new with a 95% market share with a usage-based business model. Hence, growing really meant growing the market. But first, we needed app user insights.

The security company grew along with its market, and as competitors entered, they kept market leadership.

Grow the Market to Grow Sales

Growing meant growing the security app market, so time to expand the pie. They needed a smart growth strategy to grow and remain the market leader.

Since billing is usage-based, it’s super important to understand the BEST customers. And in the era of usage-based billing, it’s not a one-time or short-term thing. It’s crucial to understand best customers over the time required for profitability. For most SaaS firms, it’s about a year. For this security app, it’s 14 months for a customer to be in the money.

So the obvious question to answer – who are the customers who regularly use the app the most for 15 months?

Then, we dove into analysis after mashing up the following data:

Methods were pretty easy; transformation to create new monthly growth and average usage variables over time. We then used K-means to identify segments.

Next, we prioritized 4000 B2B accounts for account-based marketing list. We focused on firms with revenue growth that was triple GDP growth.  Faster growers have shorter sales cycles – simply because they make faster decisions because technology enables fast growth.

Being first to market does not usually spell lasting leadership. In this case, things were different. Even against newer and better-funded competition, they’re still market leaders.

We’ve got your back and we’re ready to grow. 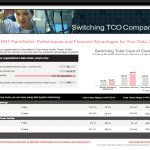 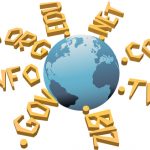