We saw some amazing things at Marketing Tech Magnified 2019, and made some key takeaways from the conference.  But some of the coolest and most fun case studies of the day came from the winners of the Marketing Campaigns of Staggering GeniusTM contest. This session featured marketers with different stories of conquest and cleverness. But they had some interesting things in common.  They were all great, great, great marketing campaigns that made them well, genius.

Before we get started, the winners, the great marketing campaigns considered Campaigns of Staggering GeniusTM stood out in some way. These campaigns…Genius Campaigns, for short, represent truly outstanding marketing.

So what are they?  What are these great marketing campaigns that qualify as genius?

Genius is Hard to Define


And it’s totally impossible to give real genius boundaries, else it’s probably not genius.

One this is certain:  Campaigns of Staggering Genius stand out in some way.  It could content, a cool technology or a new approach.

But in marketing, genius ties to budget levels. Not every organization is loaded with these, with money bags. 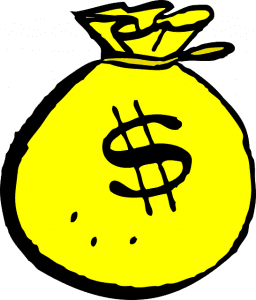 For huge companies with deep pockets and enormous marketing budgets, genius  looks very different than it does for small and scrappy ones.

Genius campaigns use whatever resources they might have exceedingly well. So for small budget campaigns, it’s not that they just used SEO, it’s that they used it ingeniously well to disrupt the competition.  For medium-sized budgets, they

Hosted by the ever energetic and entertaining Amir Zonozi, Co-Founder and Chief Strategy Officer at soon-to-be social media tech giant Zoomph, the following campaigns and panelists presented their genius.

And, while each campaign only got 8 minutes to present, we’re happy to report that not one presenters messes up.  Nobody went over their time limit, and nobody faced the wrath of Amir’s stop clock.

With that, let’s give the 2019 winners a rousing round of applause! 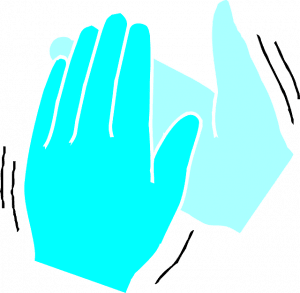 Here are just a few of the major themes we saw:

Given that Google receives about 40,000 searches per second, the continued reign of SEO shouldn’t come as a surprise. It’s a fact of life now. When people are looking for your services or product, your competition is only too happy to hop in on those keywords and snatch the interest away. But if you play it smart with your SEO strategies, you’ll set the foundation for some major payoffs.

With earned media, going viral and creating discussions can be a double-edged sword – but let’s not downplay the glory that comes with getting it right. We all want those opinions to be positive, sure.

But getting people to buzz about your company, whether it’s because the branded content was a hit or that PR video took off, is important. Earned media can nurse a company’s reputation back to health with a heaping dose of positive sentiment, as well as set the foundation for engagement. Either way, it’s nothing to sniff at.

SEO is Simple, Cheap, and Effective as Ever.

And where being authentically human is concerned… no machine could do what Webmechanix did with SEO against Salesforce. He and his client took on The Beast who was outspending them in Google Ads.

Well, what little company can compete with that?  SalsaLabs did with SEO.

They developed branded organic and paid search campaigns to target users who were already searching based on the company name and who may have mistakenly clicked on competitor ads. They used retargeting campaigns, and created a “product finder form” to improve conversion among users referred by AdWords campaigns. The client saved big on ad spend and got a positive return, e.g, actually got conversions and sales.

Phone2Action is a new kid in town with big, big dreams. They wanted the world, or at least DC to recognize them as a thought leader.

How they get there?

With smart analysts who didn’t stop, advertising on Politico that delivered the eyeballs, and advertising in the real world.  And that advertising in the real world was huge. Coming in the form of a 24 by 7 ad on the giant screens in a crowded area of town, Phone2Action’s ads got noticed.  On every metric, from users, new users, session duration, to bounce rates, they saw double digit improvements.  And NOT just in DC, but also in the outer suburbs an hour’s drive away.

So this campaign was more than just one of those great marketing campaigns. It was bold, daring, and genius.

Get Creative with Buyer Intent Data.

And then there’s the B2B campaign.

They used leads from a syndicated content campaign together with buyer Intent data around product interest to turn completely cold leads into sales. Buyer intent data from TechTarget  is a relatively new marketing data source. Like other buyer intent technologies, it is of growing importance to tech company marketing.

Of course, it took clever use of the buyer intent data to isolate the right leads for nurturing and an integrated marketing program – made up of many campaigns over several quarters, but it ultimately delivered the deals.

Ok, for this B2B company, buyer intent data didn’t necessarily identify prospects that were in-market. But it definitely helped make smarter marketing decision on who to nurture. 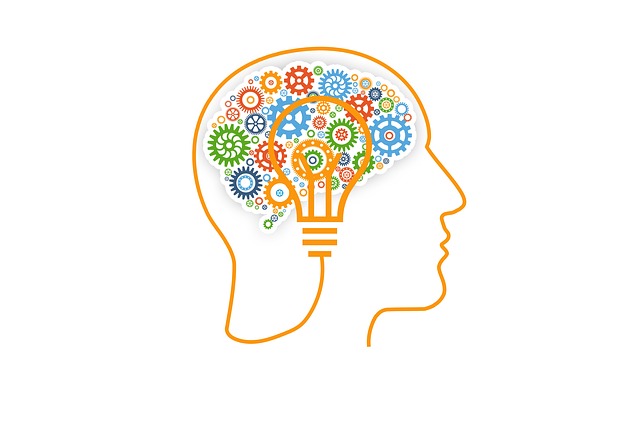 Ingenuity in Video to Grow Businesses and Change Minds.

And regardless of how many aesthetic lens-flares or filters are put on a video, everyone knows it’ll fizz out like flat soda if the content does not dazzle.  However, how two Campaigns of Staggering Genius used video? They resulted in more than just great marketing campaigns.

They were downright genius. Upside Travel and GE Power both had genius campaigns that built energy and enthusiasm for positive momentum.

Upside Business Travel hired two well-known YouTubers to produce relatable comedy videos about the less glamorous parts of business travel. View the Air Travel in Real Life video and you’ll agree that it’s a winner.  And GE Power showed us how their vlog campaign turned public sentiment around in a huge way, thanks to the Anthony Bourdain-esque sense of wonder and charm in their videos.

None of the fantastic stories we saw in the contest would’ve been possible without human creativity and ingenuity.  Regardless of the channel, the creative, the technology, or the effort, all winner had great, great marketing campaigns that are truly genius.

Next year, we’re doing the contest again and we wonder who’ll be the Genius Campaign winners.  You maybe?

We can’t wait to see you present your Marketing Campaign of Staggering Genius at next year at Marketing Tech Magnified 2020! 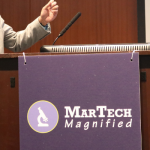 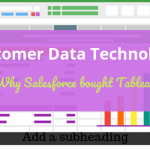