As home of the federal government, Washington DC is supposed to be immune of the business cycle and demand change.

As sequestration looms, the DC labor market once known for its stability has been feeling the pinch.  As the WaveLength Tech Jobs Index values show that the DC area is indeed distinctly different from other tech cities.

Through the Great Recession that started in late 2008, the DC tech labor market never felt the painful contraction. But it never experienced the dramatic 2010 climb found in the Bay Area and Austin either.  In the year after index founding, from October 2009 until September 2011, Bay Area tech jobs demand grew an enormous 165% and Austin grew 172%.  At the same time, Washington DC bounced up a healthy 49%.

Eroding demand appeared between September 2010 and September 2011.  During that period, there were two key events, Gross Domestic Product (GDP) growth fell to about 1.3% by Q3 2011 and the Budget Act of 2011 became law.  As the above bar chart shows, the WaveLength Tech Jobs Index contracted for all three cities.  Washington contracted 21%, compared to a 23% decline in the Bay Area and an 18% decline in booming Austin.

On the face of it, it looks like all three markets experienced similar demand declines.  Remember– Washington did not experience the same large tech jobs demand growth found in Austin and Silicon Valley, so similar declines from lower growth point to something else occurring.

In July 2011, rancorous budget talks in Washington led to the August passage of across-the-board government spending cuts, known as sequestration.  Sequestration started to moderate Washington DC’s tech job demand almost as soon as the bill’s ink was dry.  From September to December 2011, Washington’s index slipped below 100 to 89.  Thus, indicating that tech job demand was lower than the last recession.

The year-over-year period ending in September 2012 brought more declines.  Tech job demand fell another 7% in the Bay Area. It fell another 21% in Austin, and a fairly substantial 33% in Washington DC.

While they use different calculations and focus only on tech-skilled jobs, even Dice.com noted the decline in DC.  Since the index began during the depth of the Great Recession in 2009, Bay Area Tech Jobs demand is up 89% and Austin is up 77% while “stable” Washington is down 22%.  It’s not impact of actual budget cuts, though. Those have yet to kick into the marketplace, but merely the threat of them.

For the past year, it would appear that DC area government contractors have been managing their businesses and making preparations for sequestration.  To some degree, the area labor market considers budget cuts.

So the big question remains.

How Much will Real Cuts Affect our Tech Community?

Washington’s tech industry is much more than Lockheed and Northrup; it is also Neustar, Sourcefire, Savvis, LivingSocial, MicroStrategy, AOL Fishbowl Labs and many, many others.  It’s the home of the commercial Internet, a leader in data center space, and revolutionizing how students learn.  With such vibrancy, we suspect that Washington DC’s tech professionals will continue to innovate and prosper– with or without sequestration.

About the WaveLength Tech Jobs Index 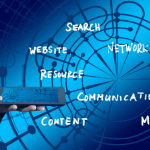 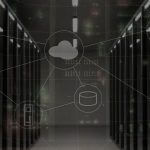